Yesterday, a member of the social network Imgur.com posted about his experience eating lunch near a McDonald’s playground. In his story, titled “Being Male Sucks Sometimes” the man claims he only meant to help a little girl who was hurt.

The girl’s mother became upset, calling him a “pervert”. McDonald’s employees appeared and even the police were called. The man left, shaken and upset. He claims he did the right thing… or at least had the best intentions.

Then His Story Went Viral
Over 3,000 Imgur members told the anonymous author that his actions were “creepy” and “alarming”. The post was viewed over 900,000 times as commenters argued and debated whether or not the man’s actions were appropriate. 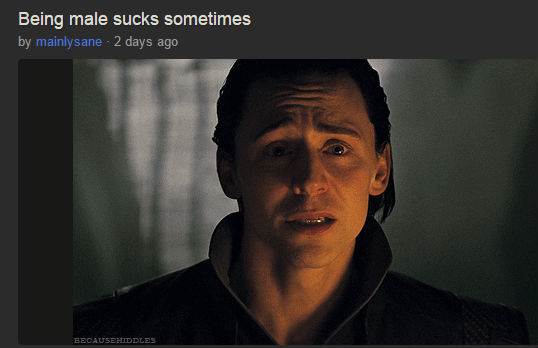 During lunch today on recess from jury duty I went to a nearby McDonald’s to eat since it was within walking distance. It’s was a larger franchise with a Play Place(TM). I generally prefer to eat in those areas during school hours since they tend to be relatively deserted and less noisy.

While I was eating, a mother brought her 4-5 year old daughter into the area to play while she went to order their food. I don’t think she saw me as I was sitting at a side table, slightly obstructed by a trash bin.

The little girl immediately commenced climbing and playing which brought a smile to my face. Her laughter and excitement was a welcome relief after hours of boring testimony and deposition for a truly mundane civil litigation trial.

I was mid-bite of my fish sandwich when the little girl fell hard and started bawling. My parental instincts kicked in (two boys, 12 and 7).

Without even thinking I jumped up and ran to her to make sure she was okay. I was cooing and making soothing noises, telling her she was going to be okay while simultaneously looking for cuts, scrapes or potential broken bones. Again without thinking, after I saw she was physically unharmed, I hugged her tight and picked her up to comfort her. She was simply a bit shaken and frightened because of the fall. She did not seem afraid of me at all, and in fact hugged me back as tightly as I was hugging her.

Just then, her mother comes in and screams at me to put her daughter down “Right f****** now, pervert!”

I immediately start trying to tell the mother about her daughters fall as I am handing the little girl over to her. I am trying to get it out that the girl is okay, just a little shaken up, but the mother has gone ballistic, and I am slowly realizing how this situation must seem to her. I felt my face immediately flush red with shame although I know I did nothing wrong.

Insult to injury is added when the Manager and a few crew members rush in behind the still screaming mother and inform me that I need to leave or the police will be called.

I look in their faces and see condemnation, judgment, disgust…. to them I am a monster, a pedophile about to hurt a little girl.

Still in the grip of a feeling of shame I cannot overcome, I mumble some asinine apology and simply leave without even collecting my food. I hate the fact that as a man I cannot rush to the aid of a child in need without having to worry about how it might appear to others, but that is the sad truth of our society. A man expressing any interest in a child, not his own, is immediately viewed with hostility and distrust.

Rationally, I know I did nothing wrong.

The true fault lay with the mother for leaving her child unsupervised in a place where she might be injured. But all I can think about now is how quickly that feeling of shame washed over me. It was overpowering and almost immediate once my brain started processing the situation and how others must view it. I apologize for the long post, but I had to get this off my chest. I feel like a little piece of my soul died today.

Here’s How the Imgur Community Reacted:

The Responses Raise Some Important Questions:
Are men and women expected to act differently around children?

If you’re a parent, are you automatically “creeped out” by solo men eating near a McDonald’s playground?

If your child was hurt and a stranger got there first, is there any amount of comfort that’s acceptable? Did he cross the line at hugging?

We’d love to know what you think! Tell us how you’d react in the comments.