Jancy Thompson spoke with Keep Kids Safe about her experience uncovering memories of sexual abuse while under the instruction of swim coach Norm Havercroft. Part of a two-part series, the beginning of Jancy’s interview can be found here: Jancy Thompson: Repressing My Memories Wasn’t a Choice.

Imagine Your Memories As

An immense jigsaw puzzle, with only the vaguest idea of what the completed image will resemble.

That was the overwhelming task ahead of Jancy Thompson in 2009 when, armed with the support of a counselor and attorney Robert Allard, she decided to face the repressed memories that had haunted her life head on.

To do so took an enormous amount of strength as Jancy struggled with self-doubt. Because she had only limited recollections of her abuse and molestation by swim coach Norm Havercroft, the prospect of attempting to embrace triggers and piece together the puzzle left Jancy questioning herself.

What if she imagined the years of abuse? Were these slivers of memory and the resulting physical discomfort caused by something she was making up?

If there was the slightest possibility that the answer was “yes”, Jancy asked herself the question victims of everywhere:

“Is this something I wanted to happen to me?”

As triggers became more frequent and the fragments of memories grew, Jancy decided to approach her repressed memories systematically:

Whenever a memory would come to her, she would write every available detail on a sticky note. A wall in her bedroom turned into a makeshift timeline organized into columns for each year — over six years in total.

The beginning of Jancy’s timeline.

Finally, after months of work detailing, organizing, and expanding upon her memories, Jancy’s timeline began to form a coherent picture that better explained the previously missing or fuzzy years of her life. Armed with a more complete knowledge of what she had experienced, Jancy was able to begin the involved process of pursuing legal action, with the help of Bob Allard.

Still Fitting Together The Pieces

Reclaiming a sense of authority over her own life doesn’t mean Jancy is free from new memories – memories that still bring physical pain, panic attacks, flushing, hives, and the potential to lose herself in sadness.

Jancy experiences a trigger; she describes feeling like her whole world is coming to a stop, forcing her to relive whatever memory is surfacing in excruciating slow-motion.

If the horror of that scenario doesn’t impress you, her ability to cope with these memories will: Jancy explains that when triggered, she allows herself to experience the memory until she regains footing, but through a child’s eyes. It’s important for her self-reassurance to remember that when these traumas occurred, she was not the capable adult Jancy I spoke with, but a child who was unable to help her own circumstances.

Then, to regain footing in life, she’ll force herself to walk through the memory again but with the perspective of an adult. It’s in this way that Jancy has been able to cope with triggered memories forcing their way into her consciousness at unexpected times.

What Is It Like To Experience A Repressed Memory?

To help me better understand what it’s like to experience a repressed memory, Jancy walked me through a recent experience:

“The other day I was triggered as I walked into the restroom at my workplace. It’s a familiar place – a safe place for me – and yet I flashedback to a memory that I hadn’t remembered in years. A memory simply based off of a smell had me flashing back to something that happened many years ago.

The smell of chlorine and a certain cleaning fluid used to clean the bathroom floors sent my whole body into a repressed memory. I could smell the chlorine, I could hear the pool water as the swimmers swam laps, I could hear Norm’s voice, I could feel the pit in my stomach that became a permanent fixture, I could even feel the mat beneath my feet as I walked.

In that very moment, I was experiencing a repressed memory, a flashback to one of the many locations where Norm sexual molested me, verbally abused and controlled my body and mind.

It took me a couple of seconds to remind myself where I was and who I had become. Norm was no longer a part of my life. I was no longer a victim that it was just a memory. That memory no longer had power over me. I recognized what the trigger was, I stopped to appreciate the memory, gave thought to what my body was experiencing at that moment, took a deep breath while looking at myself in the mirror. The reflection I saw was not the little girl who experienced those feelings. I saw the strong, confident woman I am today.”

Jancy in training with Norm.

There are times when the memories Jancy experiences affect her so deeply that a normal day is transformed into a nightmare. Self-doubt, fear, anger, sadness and feelings of uncertainty all kick in.

But with the tools her counselor helped her develop, Jancy now approaches memories as an opportunity to grown. She explains that when those memories are triggered, it’s important not to ignore them. Not to push them back down into the locked box of repression only for them to violently pop up again at some unexpected time.

Instead of being haunted, Jancy coaxes her memories into fruition. She says they are delicate, like flowers to be nurtured, each one offering the chance to further her healing.

Listening To Your Body

A driving force behind Jancy’s desire to open up about her repressed memories is the opportunity to help others who may be struggling with a trauma themselves, or unaware how to best help a loved one.

Her advice to victims begins with paying attention to what your body may be telling you. “Our minds may be in protection mode, repressing those memories to survive the trauma,” Jancy says, “but our body still reacts to those memories even if we are not completely aware.”

Jancy own struggle with stomach problems went on for years, with doctors unable to tell her what might be causing her pain.

“I even saw a cardiologist on multiple occasions because I would feel a flutter in my heart and would be breathless for a brief moment.”

When tests came back negative, doctors were left empty-handed and suggested the issue might be stress-related. The idea of repressed memories or trauma-associated panic attacks were never explored.

How To Help A Loved One 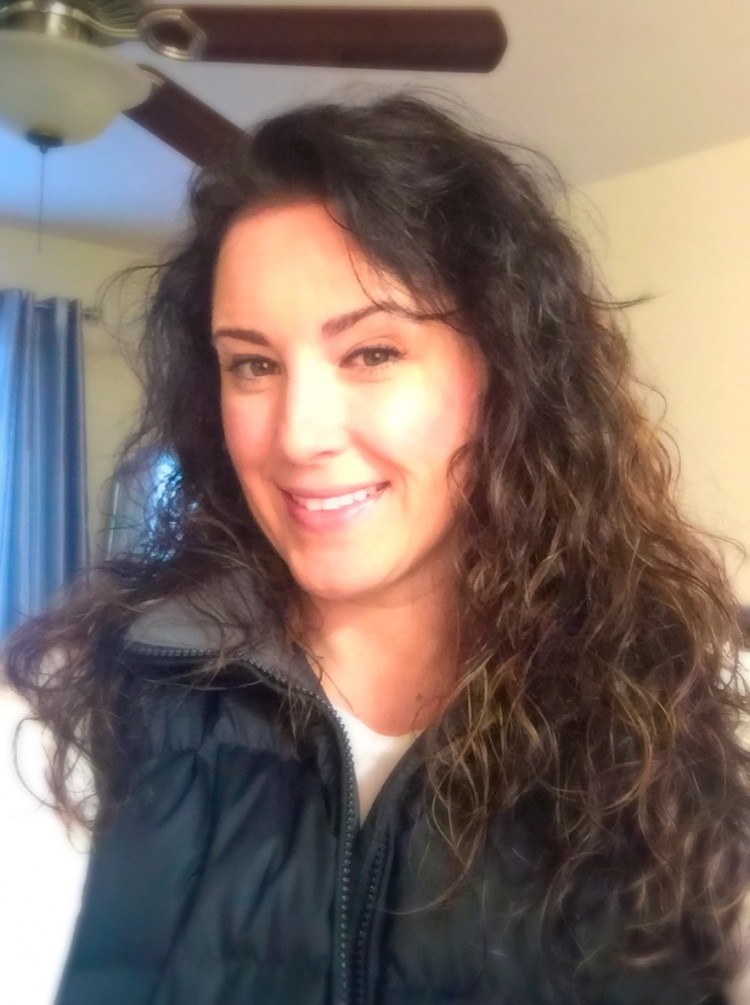 Happy and healthy, Jancy looks for ways to help others that struggle with memories of abuse.

While victims should pay close attention to their bodies and listen for physical symptoms, Jancy also has advice for family members and friends looking to offer the best support to their loved one’s during a time of healing:

“Support them with patience and without judgment. Also know that while you may never truly understand, loving them through highs and lows with an open heart is the best you can do.”

Most importantly, Jancy cautions that questioning the validity of a loved one’s story of sexual abuse, or expressing doubts, is incredibly traumatic. It’s important for loved ones to accept that if stories change over time as memories are uncovered, and the puzzle takes shape, that this is not an intentional deceit.

Unconditionally loving a family member, friend, or yourself, turns out to be the best possible method of helping. Thankfully, doing so requires no advanced degrees or special knowledge; only patience, an open mind, and unconditional love.

“I can truly say that all those ailments have lessened or completely gone away since I have recognized my repressed memories of abuse the cause, and addressed them by getting therapy, taken medication to help get back on track and finally enjoying the support of a group of people who believed my truth.”