Would You Hold Your Church Responsible For Protecting a Predator?

As a child, Candace Conti was repeatedly molested by an adult member of the North Fremont Jehovah’s Witnesses Congregation.

Now 29 years old, Conti is seeking civil justice – Not just against her abuser, Jonathan Kendrick, found guilty of multiple counts of molestation. But also against the Jehovah’s Witnesses headquarters organization, for failing to disclose that Kendrick had previously admitted to molesting his stepdaughter.

On April 13, 2015, a San Francisco state appeals court upheld the verdict of $2.8 million in compensation awarded to Conti in a previous trial. However, the court denied Conti an additional $8.6 million awarded against the Jehovah’s Witnesses headquarters.

That church leaders had no duty to warn their congregation – or Conti’s parents – that her abuser had previously informed the church of his sexual crimes towards another child. Justice Peter Siggins stated:

“While it is readily foreseeable that someone who has molested a child may do so again, the burden the duty to warn would create and the adverse social consequences the duty would produce outweigh its imposition.”

While it may be unreasonable – nay, unlikely – to expect a religious organization to disclose all potential trespasses to the entirety of their congregation, their actions (or lack of) remain questionable. 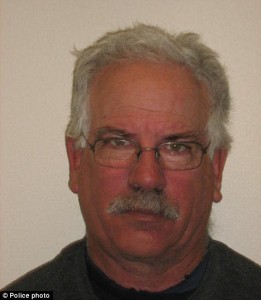 Conti states that Kendrick sexually abused her while she accompanied him on church “field service” – when members of the congregation would go door-to-door, preaching to their community.

Instead of accompanying Conti door-to-door, Kendrick would take 9 year old Conti to his home and sexually abuse her.

Even more frustrating from a victim’s rights standpoint…

But Conti agreed before trial not to collect any damages from Kendrick in exchange for his not participating in the trial and agreeing not to harass her. Leaving Conti with a total compensation from the congregation and Watchtower of $2.8 million – Over ½ of her compensation for enduring repeated sexual abuse at the hands of a known molester was taken away simply so she wouldn’t have to endure his harassment.

Sent out a policy stating that elders must exercise extreme caution when it comes to handling the personal information about the private lives of others, because “unauthorized disclosure of confidential information can result in costly lawsuits.”

Basically stating that the church willfully decided it would rather avoid potentially losing money than preventing an innocent child from being subjected to sexual abuse.

And the kicker? April 13th’s ruling means they’re not being held fiscally responsible.

What do you think?

Should a church be required to do everything within their power to prevent childhood sexual abuse? Does an individual’s right to privacy outweigh an organization’s responsibility to a child?